For a person who has been living alone, the decision to share housing is a big step and a major adjustment.

Even when the benefits are clear, there are significant stumbling blocks.  There are hesitations, fear, and simply not trusting oneself to choose a future home-mate who will be a good fit.

We know that change happens under two conditions:

Training, whether a webinar or an in-person workshop,  creates an opportunity to explore the topic in a safe environment.

To date all our training is designed and conducted by Annamarie Pluhar. In the future,  we intend to provide educational  resources—courses, discussion guides, train-the-trainer certification —  for professionals to use with their client populations.

Our half-day course, Aging-In-Place without Isolation: The Sharing Housing Option is designed for professionals to gain understanding of the process and to become believers so that they can talk to others about this option. 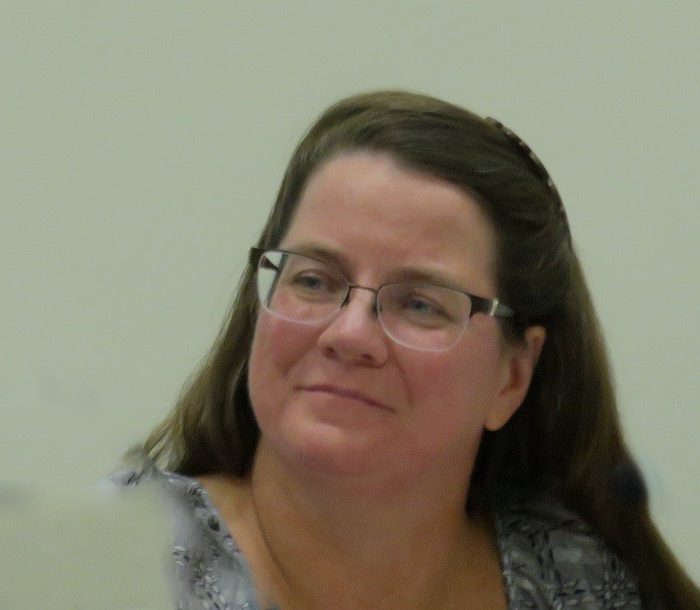 The workshop had a variety of engaging and fun activities for the participants and these were so engaging that they didn’t feel like work. They felt more like a game.  I had the feeling that the people that were in the room hadn’t played games for awhile. We really enjoyed getting up moving around, sorting ourselves out, listening, talking and playing instead of working.

Perceptions before the workshop?

I expected that the workshop would be lecture and Q&A. It was nice that we started with introductions that were a game, we moved around a bit, then sat down for some more information and then we played with the information. You kind of kept that cycle going.

The other thing was that the information provided was the bottom line.  We didn’t spend time building up to the argument and coming to the conclusion. [that sharing housing is needed.] I think everybody was ready to jump to that conclusion and you simply gave us one demographic about the numbers of people who live alone. Everyone said, “yep I’m there” and that engaged them from the start.

How has your perception changed?

I think that for the people who took the class including myself it added a level of energy and gave motivation for homeowners to plan ahead and to consider the financial future and their possible new place in the community. I think you got a lot of people across that threshold into a new room in their life. [bold added]

The vast majority of participants were women. I could see them become engaged in themselves. Some of them have spent their whole life being the caregiver, the nurturer and you could see that these women were shifting and taking care of themselves.

These women were really solo, that’s a kind way of describing their isolation. I have a fear, a concern, that lots of women are socially isolated.

This concept adds to our toolbox. It’s a new tool to address our housing crisis. We can’t build our way out of this of this crisis we’re not going to be able to throw enough money at it.  We need to have a variety of tools and sharing housing is going to be a good addition to the single-family home model which is so popular right now.

Mary is the  Affordable Housing/CDBG Program Administrator for the Town of Yarmouth, Massachusetts

Our  four-session webinar, Discovering Shared Housing, teaches the skills to find the ideal housemate. The webinar offers the liveliness of talk—listening, speaking, dialogue, questions, and answers. You have the opportunity to engage with others who are also considering the shared housing option. Read more.

Our one- or two-hour presentation, Belonging: The Benefits of Sharing Housing provides attendees with a basic understanding of the benefits of sharing housing and an outline of a process for selecting a home-mate. This presentation is tailored for different audiences and has had many names. We have been an invited speaker at:

Our 15-hour course, Living Happily: Choosing the Right Home-Mates, is designed to provide participants with insight on how they use their home and how to select a suitable home-mate. This intensive workshop includes practicing skills in interviewing, managing conflicts, and creating agreements.  Most importantly, the course gives participants  time to engage with the idea in the company of others and with trainer support.  Download the tri-fold brochure we used for a pilot. Yarmouth Pilot Brochure