No Cats, No Sleepovers: Boomers Become Roommates  Living with housemates is challenging—and it doesn’t get easier with age; ‘not in my house.’ ‘People of Similiar Sensibilities Sharing Living Quarters’. August 21, 2018

A panel discussion  with Kathi Bailey, of Age-Friendly Yarmouth and Mary Wagan, Affordable Housing/CDBG Program Administrator, Town of Yarmouth. Interviewer Kate McMahon. This was in connection with the half-day workshop Annamarie Pluhar conducted in May in Yarmouth.

An interview with Matt Pitta of The Sunday Journal, on the concept of shared housing and the planned workshop scheduled in the Town of Yarmouth to further promote their Age Friendly initiative. Aired October 1.

Vassar Quarterly Spring/Summer 2017  "The Joys of the Sharing Economy" 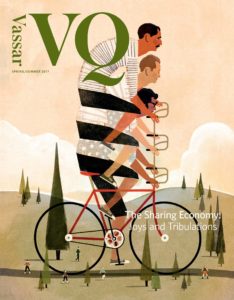 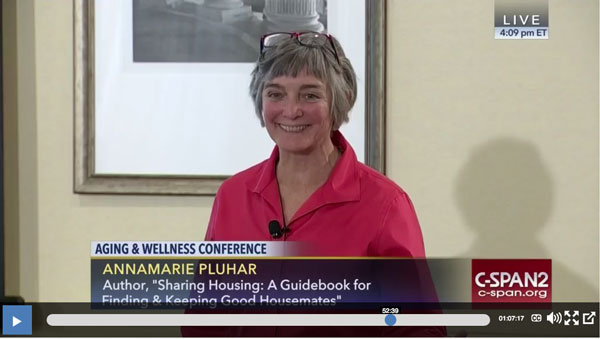 Housesharing for Boomer Women Who Would Rather Not Live Alone

Housesharing Growing in Popularity as a Way to Combat Housing Costs, April 4, 2013

"You were terrific and I appreciate you taking the ball and running with it.  The book is full of great ideas and advice. Thanks again for your time and hope you can come back on with us sometime." -  Producer, Dan Kesterson

"5 Hidden Costs of Having Roommates"

How to Find and Keep Your Good Housemate

Moving In with Single Moms: Is shared housing the new shape of parenting?

Unequal Pay, How to Split the Bills

3 Ways To Split the Rent

Make Your House Work For You